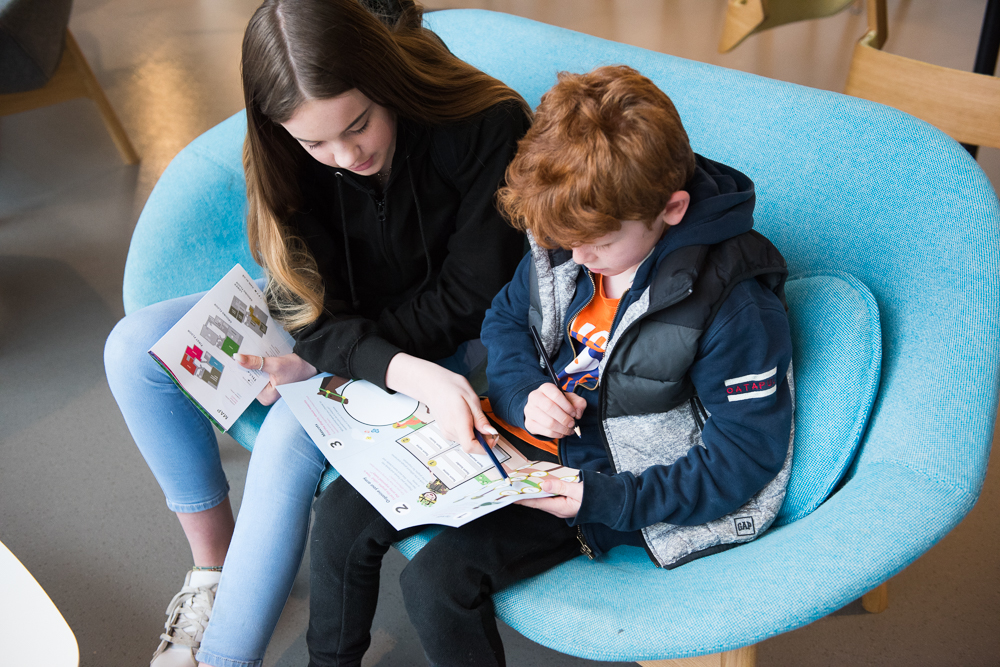 As a mother of three, I seem to always be ‘persuading’ which was why I was secretly surprised when the children agreed to a trip to the National Army Museum in the Easter holidays to see The Art of Persuasion – an exhibition of the wartime posters by Abram Games. Clearly they’d achieved all their daily challenges on the Xbox and were ready for a day out.

The wit, pared back text and surrealist images of the posters certainly captured the children’s imagination. Whilst Games worked commercially for many years he was best known for these posters that contributed to the war effort –  compelling images urging people not to waste food or speak carelessly in ways that could help the enemy. Recognised as one of the most influential graphic artists of the 20th century, he was greatly influenced by Surrealism, which can be seen in the bold silhouettes, abstract and geometric elements. If interactivity is key for getting young people engaged in culture, the exhibition certainly delivered with the software that allowed you to experiment with your own digital poster designs – of course both my eight year old and the two teenagers gravitated immediately to this. 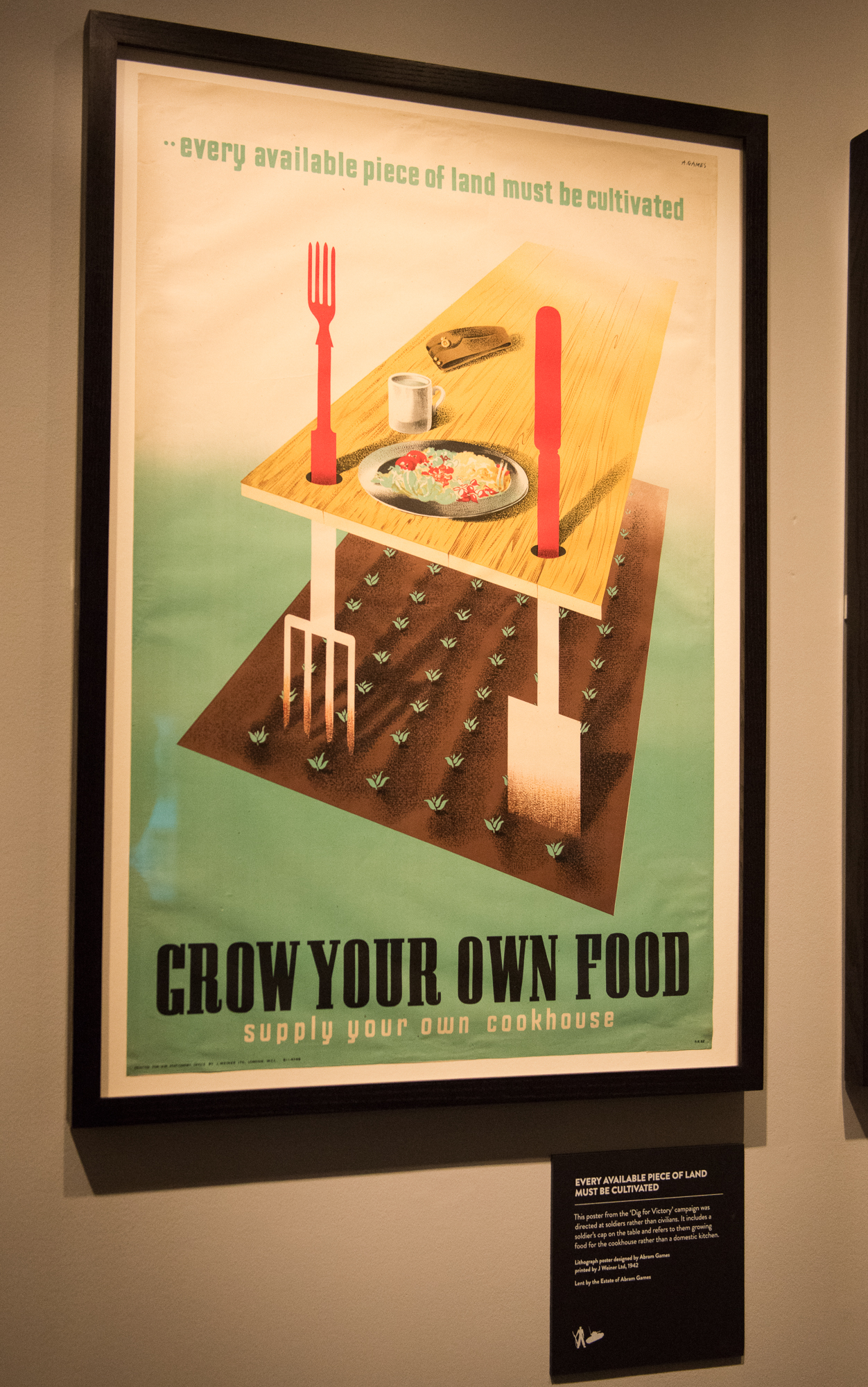 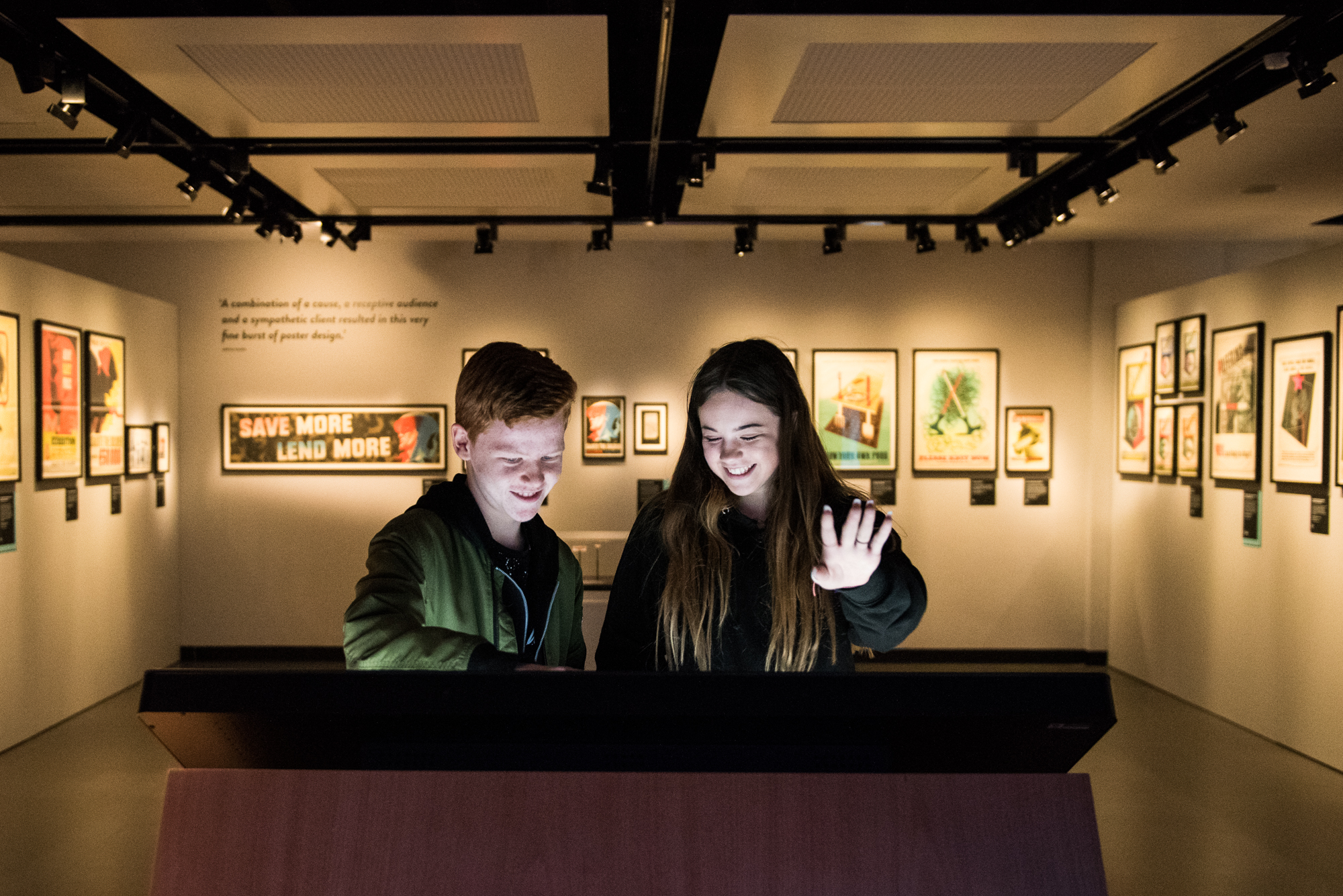 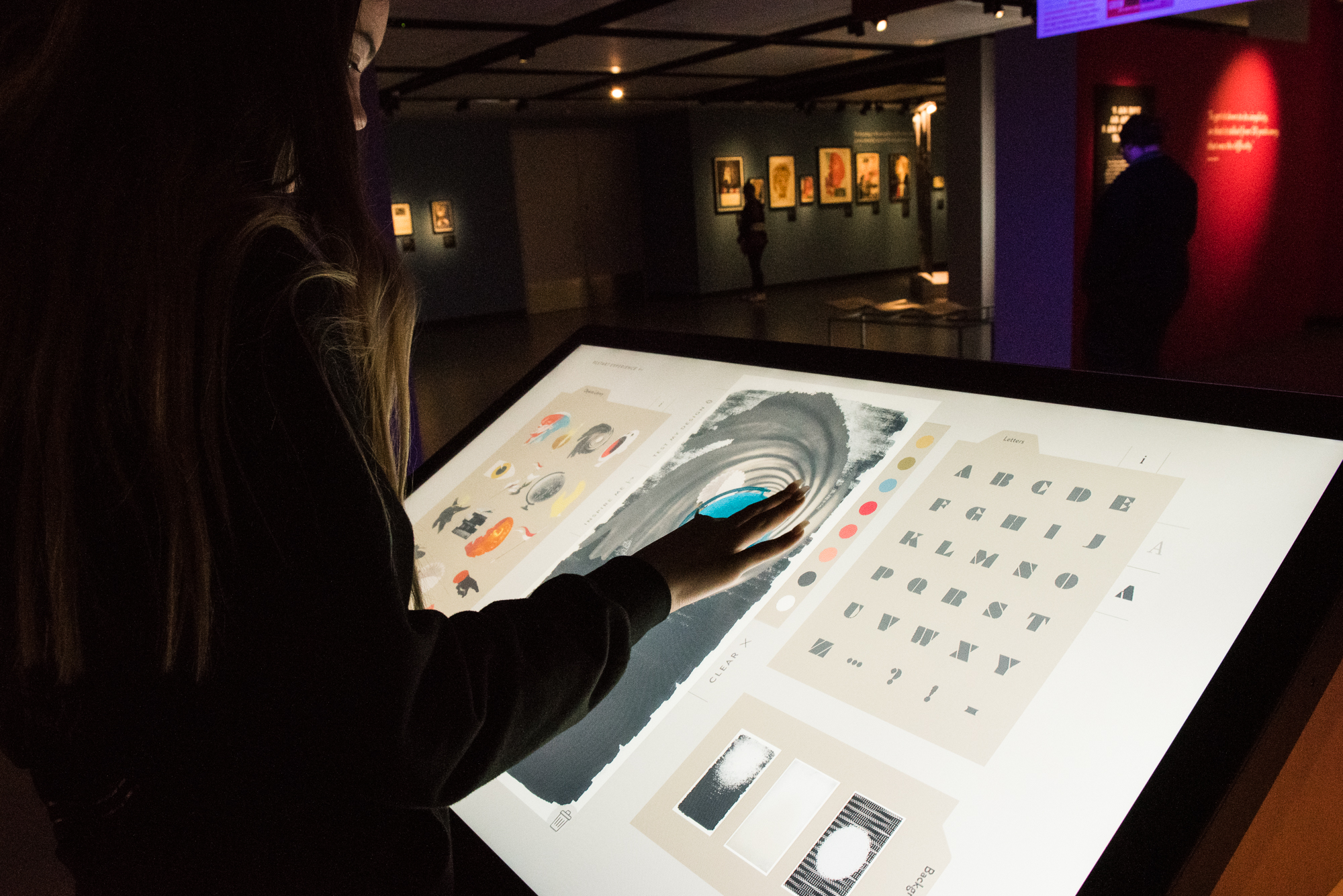 There were also spaces on the interactive workshop led by museum staff which gave the children a chance to think about the struggle that ordinary people faced in daily life and create their own posters. Again iPads in hand, they got involved straight away, and luckily for me it was suitable for younger and older children. 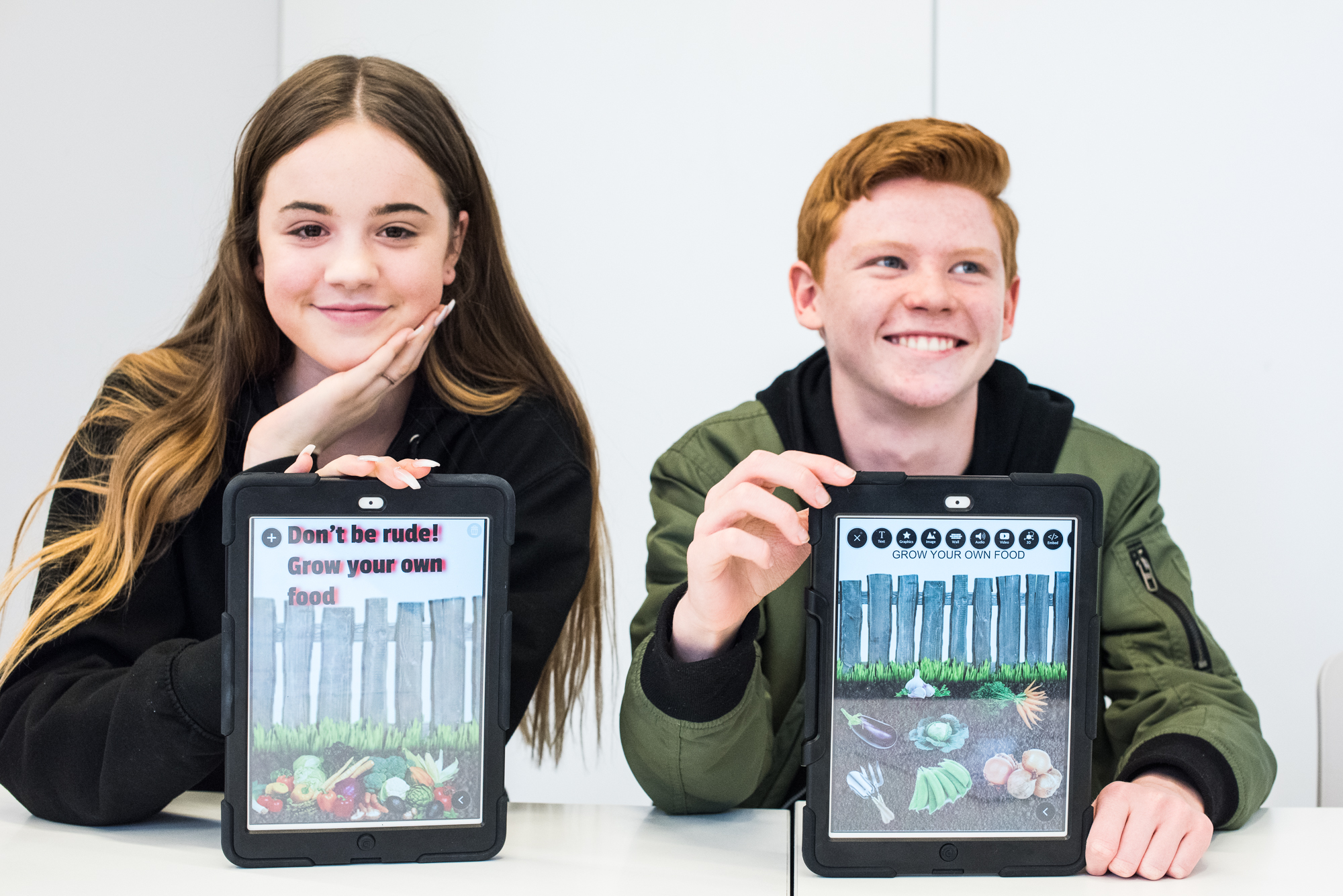 After the exhibition and workshop, they explored a few other areas of the permanent collection – they were all keen on following the trails through the museum, and responding to the marching orders from a digital sergeant.  Their personal highlight was a powerful film produced from the point of view of soldiers heading off to war for the first time. It was definitely these ordinary, everyday most held their attention, and ‘sharing stories’   is at the heart of the museum’s mission:

“Through our collections, we preserve and share stories of ordinary people with extraordinary responsibilities. We explore the role of the Army and its relevance today. The National Army Museum is for everyone, no matter what they think about the British Army.” 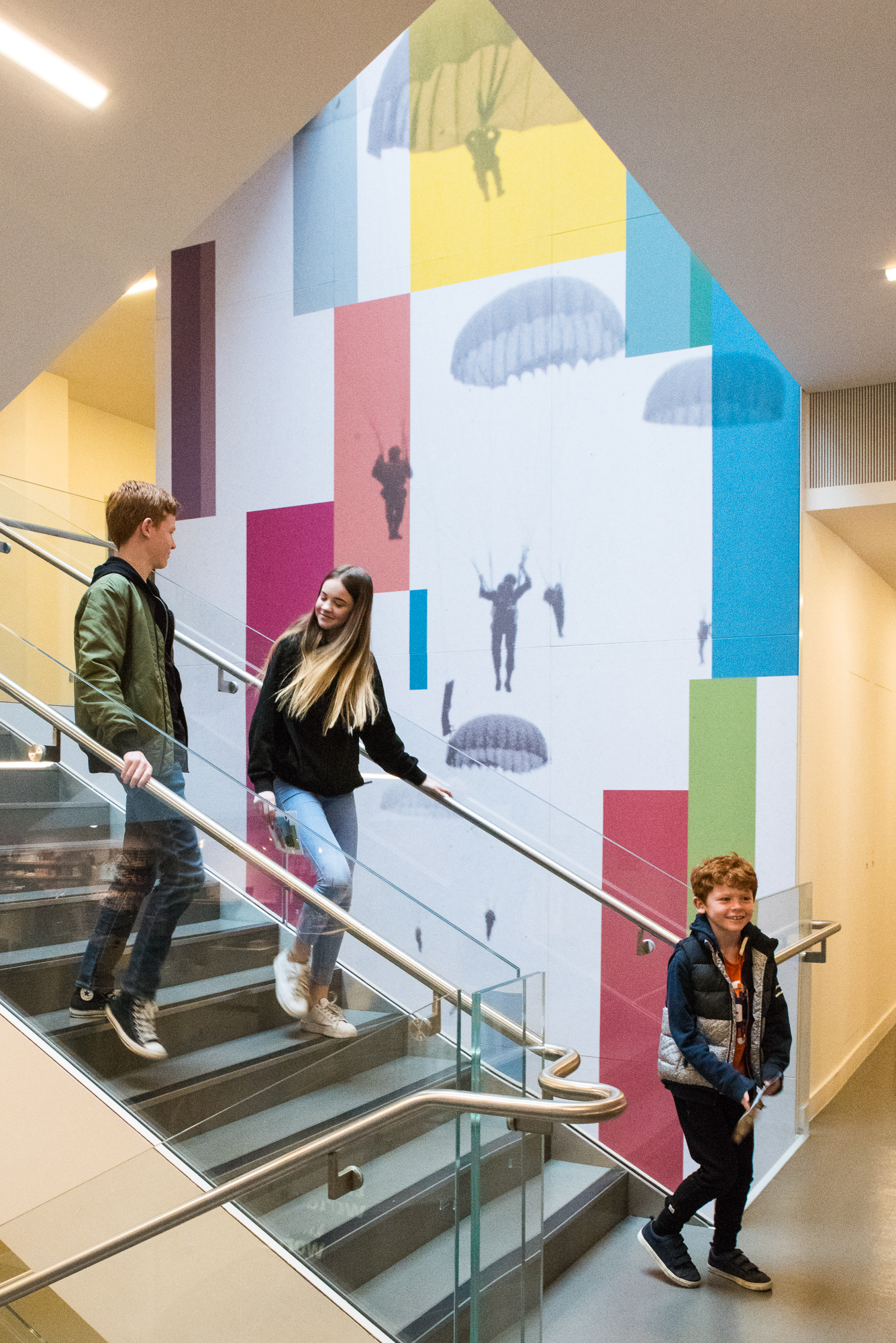 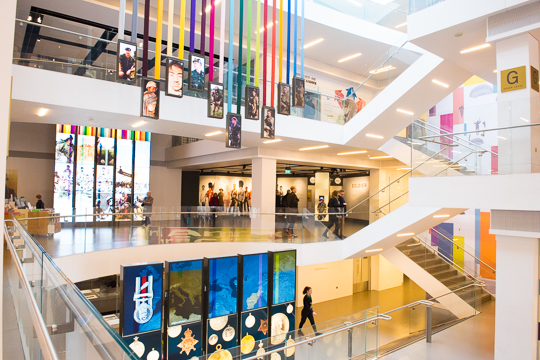 And, as for the setting itself,  I can’t not mention the beautiful light filled atrium that allows you to see every level and gallery at once; positioned on a mezzanine level, is the cafe, run by Searcy’s, which is just perfect for parents to have a breather –  a central hub from which everyone can go off and explore. Or, if you have younger children (under eight) you can let them run wild in the Playbase area on the ground floor a combination of soft play, assault course and tanks to climb on.

Thank you so much for having us, we’ll definitely be back, as there’s clearly plenty more to see.

The Art of Persuasion is on at The National Army Museum until 24th November 2019. Check the website for details of workshops for children. 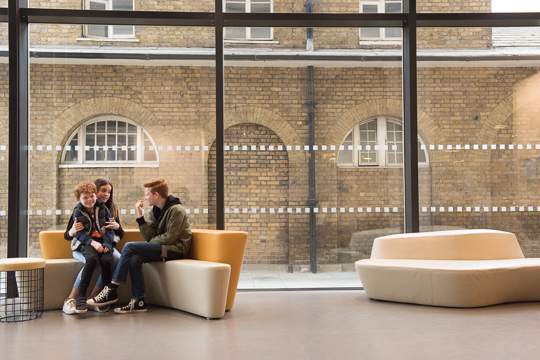